EXIT Festival going ahead as planned for 20th anniversary this July Organizers of Serbia’s EXIT Festival have reassured ticket holders they remain ”very optimistic” about celebrating their jubilee this July. A number of fans had expressed concern in wake of Glastonbury festival recently being cancelled.

Dates for this year’s event are set for 8th-11th July at the iconic Petrovaradin Fortress with DJs such as David Guetta, DJ Snake, Tyga, Eric Prydz b2b Four Tet, Paul Kalkbrenner, Nina Kraviz, Solomun, Boris Brejcha, Metronomy, Honey Dijon and many others who will be announced soon.

Founder of EXIT festival, Dušan Kovačević, had this to say:

“We are very optimistic about the possibility of celebrating EXIT’s jubilee in 2021. Given what we have all been through in the past year, the euphoria at this year’s festival will be compared only to the explosion of positive energy at the first international Exit in 2001, which occurred after a decade of isolation and conflict in the Balkans during the 1990s of the last century. It was this release of huge repressed energy 20 years ago that led to the creation of the legend of EXIT as a festival with the most exciting atmosphere where performers have some of the best performances in their careers. The safety of all our visitors, artists and staff is of course a priority, and last year’s Life Stream project gave us a vital opportunity to prove it is possible to host a Covid secure event with health and safety measures at the highest level”.

Check out the 2019 aftermovie:

There are heaps of travel/hotel options, camping, and also VIP tickets on offer. If it sounds interesting, you’re best checking out their website for more information.

The festival was formed in the spirit of genuine youth rebellion, as a movement for freedom in Serbia and peace in the Balkans, the festival’s mission statement has been clear from the beginning – to achieve social change with music. Social responsibility is still the key aspect of the festival activities, with the main focus on environmental and humanitarian activities, the creative industries development, as well as regional cooperation. 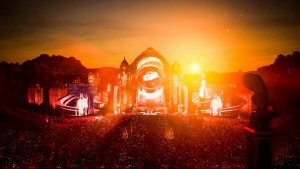 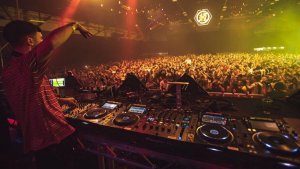 Visit Our Merch Store
Get FREE shipping when you spend over $50
Shop Now
DJ Line-ups Released!
Visit our main festivals page to get the latest...
View Festivals
Previous
Next
Facebook
Twitter

UK Festivals
Forbidden Halloween FestEVIL returns this October with their biggest Halloween lineup yet, treating ravers to three arenas of the best…