Beachfront location revealed for EDC Europe in Portugal next summer Important update: EDC Europe 2021 has been posponed until 2022 due to the pandemic.

Electric Daisy Carnival (EDC) recently announced the location for EDC Europe. Organizers are promising three unforgettable days & nights (‘’dusk till dawn’’) in the idyllic town of Portimao in the Portuguese Algarve, with dates set for 18-20 June next summer.

First off, if you’ve never been to the Algarve in Portugal before it should definitely be on your bucket list. Known for its stunning beaches along the Atlantic Ocean, the Algarve is one of the most sought after holiday destinations in Europe and is quickly becoming the place to experience the world’s biggest music festivals.

With this event celebrating 25 years of EDC, it’s going to be held on Praia De Rocha Beach.

In addition to 5 amazing stages and full-size carnival rides, electronic music fans can expect over 140 artists to be announced between now and next June.

Check out the announcement trailer…

You’ll need to fly to Faro International Airport, before making the short journey to Portimão. Taxis from the airport cost around €55 and there are also bus and coach options.

Electric Daisy Carnival (EDC) is a globally renowned dance music festival and the largest brand in Insomniac’s scope of events and productions. EDC began in 1997 as a warehouse party in Los Angeles, produced by CEO and Founder, Pasquale Rotella. Since then it has grown into an internationally acclaimed live music experience, attracting nearly one million fans annually, on four different continents around the world.

EDC is an unique multi-day festival pushing the boundaries of imagination, and setting standards in the live entertainment industry. By incorporating carnival themes and attractions, cutting-edge stage production, world-class talent, and innovative art and technology, EDC is more than an electronic music festival – it is an unparalleled multi-sensory experience unlike any other. The brand has created a passionate community of accepting fans that have turned EDC into a way of life. The foundation upon which the phenomenon was built is one of unity, love, self expression, and respect for one another.

EDC Las Vegas is the largest dance music festival in North America and currently takes place in Mexico, Florida, and Japan as well. 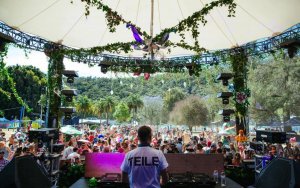 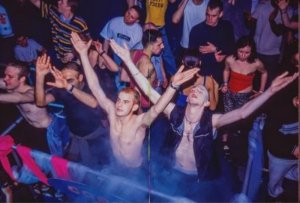 Visit Our Merch Store
Get FREE shipping when you spend over $50
Shop Now
DJ Line-ups Released!
Visit our main festivals page to get the latest...
View Festivals
Previous
Next
Facebook
Twitter

Aussie Festivals
Return to Rio has just released extra tickets for their Halloween weekender this October. the 3-day fancy dress gathering will…

Global News
Amsterdam’s long-standing electronic music festival, Mysteryland, has officially been given the green light to go ahead this August.

Global News
UK-based photographer Matthew Smith is set to release his second book: Full On. Non-Stop. All Over - a photography book… European festivals
Following the success of their flagship festival in Los Angeles, organisers of Secret Project Festival will be showcasing the event… 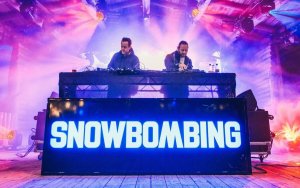 Snowbombing festival announces first round of acts for 2022

European festivals
Snowbombing has just announced the first wave of dance music acts & DJs. The festival for Skiers & snowboarders is…